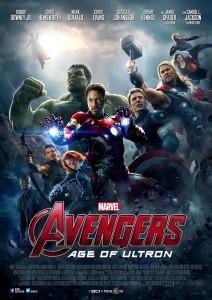 OK… so it’s 1:50am and I should be going to bed because 6:00am is going to come SUPER early. But… I just got out of the 10:30pm showing of Avengers: Age of Ultron and I want to… no, I NEED to… get my thoughts down before I forget them. As with my earlier post, this will be mostly stream of conscience so nothing is in any particular order.

OH… before I forget… THERE WILL BE SPOILERS SO YOU ARE WARNED.

I think that’s it for now. Overall I give this movie an A and after second viewing I’ll be able to tell if I think that it is my favorite of them all so far. I’m leaning that way now but, once again, time will tell.

What did you think? Feel free to chime in using the comments below.